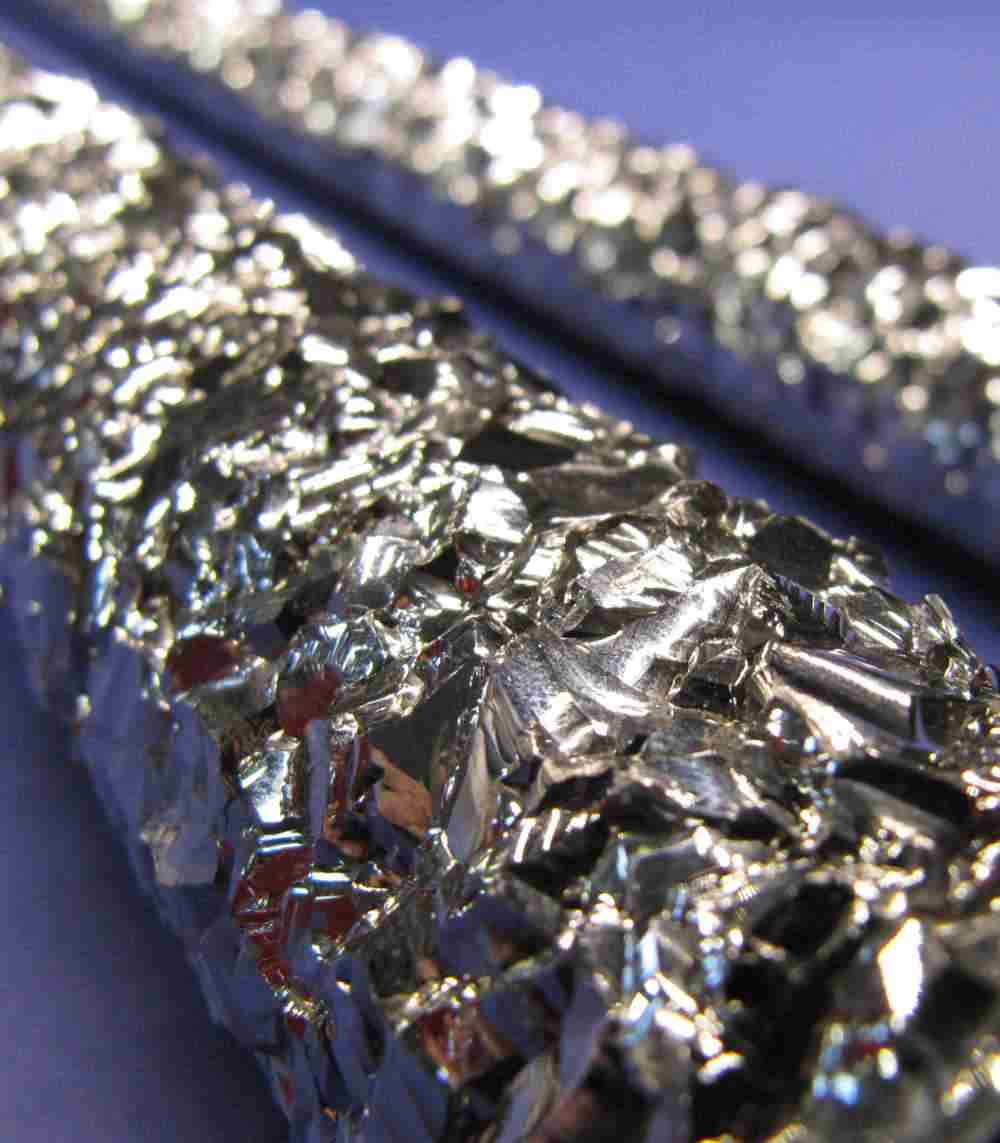 If you would like to buy hafnium or find out our current cadmium price please feel free to contact us. 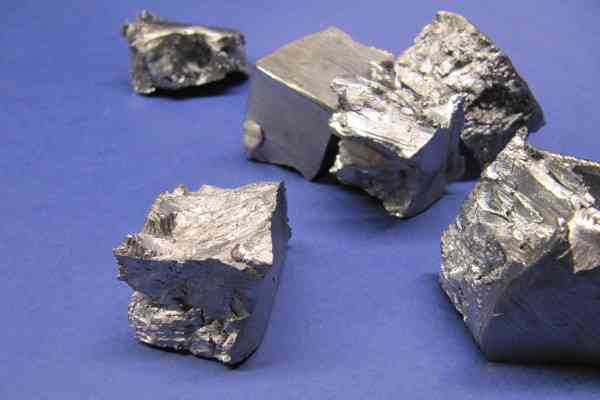 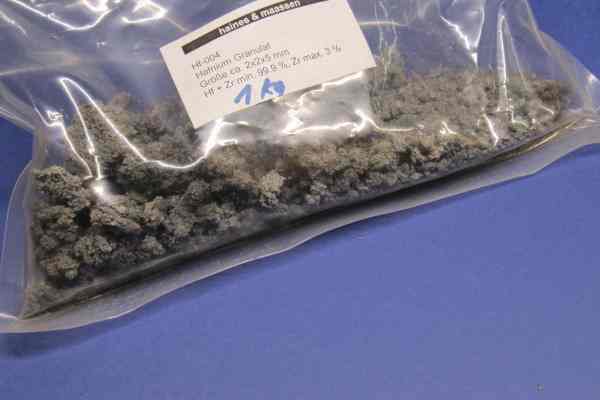 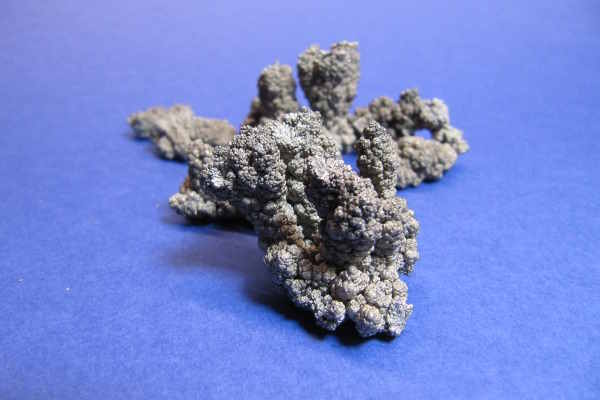 The international hafnium market is characterised by a supply oligopoly. Production problems of one of the few suppliers often have an enormous effect on the market, where shortages in supply cannot be compensated by other manufacturers. This can lead to huge short term fluctuations in price and availability. Under these market conditions long term purchase planning is vital.

Hafnium is used in iron, titanium, niobium, tantalum, and other metal alloys. An alloy used for liquid rocket thruster nozzles, for example the main engine of the Apollo Lunar Modules is C103, which consists of 89% niobium, 10% hafnium and 1% titanium. Small additions of hafnium increase the adherence of protective oxide scales on nickel based alloys. It improves thereby the corrosion resistance especially under cyclic temperature conditions that tend to break oxide scales by inducing thermal stresses between bulk material and the oxide layer.

The nuclei of several hafnium isotopes can each absorb multiple neutrons. This makes hafnium a good material for use in the control rods for nuclear reactors. Its neutron-capture cross-section is about 600 times that of zirconium. (Other elements that are good neutron-absorbers for control rods are cadmium and boron.) Excellent mechanical properties and exceptional corrosion-resistance properties allow its use in the harsh environment of a pressurized water reactor. The German research reactor FRM II uses hafnium as a neutron absorber.

In his report on The Periodic Law of the Chemical Elements, in 1869, Dmitri Mendeleev had implicitly predicted the existence of a heavier analog of titanium and zirconium. At the time of his formulation in 1871, Mendeleev believed that the elements were ordered by their atomic masses and placed lanthanum in the spot below zirconium. The exact placement of the elements and the location of missing elements was done by determining the specific weight of the elements and comparing the chemical an physical properties.

The X-ray spectroscopy done by Henry Moseley in 1914 showed a direct dependency between spectral line and effective nuclear charge. This led to the nuclear charge, or atomic number of an element, being used to ascertain its place within tie periodic table. With this method, Moseley determined the number of lanthanides and showed the gaps in the atomic number sequence at numbers 43, 61, 72 and 75.

The discovery led to an extensive search for the missing elements. In 1914, several people claimed the discovery after Henry Moseley predicted the gap in the periodic table for the then-undiscovered element 72. Georges Urbain asserted that he found element 72 in the rare earth elements in 1907 and published his results on celtium in 1911. Neither the spectra nor the chemical behavior matched with the element found later, and therefore his claim was turned down after a long-standing controversy. The controversy was partly because the chemists favored the chemical techniques which led to the discovery of celtium, while the physicists relied on the use of the new X-ray spectroscopy method that proved that the substances discovered by Urbain did not contain element 72. By early 1923, several physicists and chemists such as Niels Bohr and Charles R. Bury suggested that element 72 should resemble zirconium and therefore was not part of the rare earths elements group. These suggestions were based on Bohr’s theories of the atom, the X-ray spectroscopy of Mosley, and the chemical arguments of Friedrich Paneth.

Encouraged by these suggestions and by the reappearance in 1922 of Urbain’s claims that element 72 was a rare earth element discovered in 1911, Dirk Coster and Georg von Hevesy were motivated to search for the new element in zirconium ores. Hafnium was discovered by the two in 1923 in Copenhagen, Denmark, validation the original 1869 prediction of Mendeleev. It was ultimately found in zircon in Norway through X-ray spectroscopy analysis. The place where the discovery took place led to the element being named for the Latin name for “Copenhagen”, Hafnia the home town of Niels Bohr. Today, the Faculty of Science of the University of Copenhagen uses in its seal a stylized image of the hafnium atom.

Hafnium was separated from zirconium through repeated recrystallization of the double ammonium or potassium fluorides by Valdemar Thal Jantzen and von Hevesey. Anton Eduard von Arkel and Jan Hendrik de Boer were the first to prepare metallic hafnium by passing hafnium tetra-iodide vapor over a heated tungsten filament in 1924. This process for differential purification of zirconium and hafnium is still in use today.

In 1923, four predicted elements were still missing from the periodic table: 43 and 61 are radioactive elements and are only present in trace amounts in the environment, thus making elements 75 and 72 the last two unknown non-radioactive elements. Since rhenium was discovered in 1825, hafnium was the next to last element with stable isotopes to be discovered.

Hafnium is estimated to make up about 5.8 ppm of Earth’s upper crust by weight. It does not exist as a free element in nature, but is found combined in solid solution for zirconium in natural zirconium compounds such as zircon which usually has about 1 – 4 % of the Zr replaced by Hf. Rarely, the Hf/Zr ratio increases during crystallization to give the isostructural mineral hafnon with atomic Hf>Zr. An old name for a variety of zircon containing unusually high Hf content is alvite.